An overview of books I have written or to which I have contributed, and information on where to buy them. 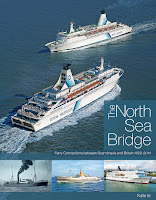 For the first time in print, The North Sea Bridge takes a detailed look at the history of scheduled passenger shipping services between the Nordic countries and Britain, from beginnings of the scheduled services in the 19th century to the closure of the last passenger link in 2014. In addition to detailing both the overall and country-specific development of the services, the book explains these developments in the broader contexts of international passenger shipping, cultural history and economic development.

160 pages. Available from Ferry Publications' website, well-stocked bookstores and directly from the author.

Innovation and Specialisation – The Story of Shipbuilding in Finland (2017) 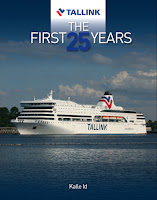 Tallink – The First 25 Years takes a detailed look at the history of one of the leading ferry operators in the World today. Tallink was born in 1989 as a Finnish-Soviet joint venture, and underwent multiple changes of ownerships and even threat of bankruptcy before rising to the position it occupies today.

The book also includes a look at the history of passenger shipping to and from Estonia before the establishment of Tallink, and dedicates a chapter to the history of Estline, the passenger operations of which were absorbed by Tallink in the year 2000. 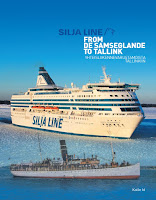 My first book takes a detailed look at the history of one of the world's most prestigious ferry brands, Silja Line, and it's predecessors. While the Silja name was only taken into use in 1956, the company's original owners had already operated joint services between Finland and Sweden since 1904.

In addition to the story of Silja Line itself, the book takes a detailed look at the stories of its owners, their other operations and the ways in which these effected the development of the Silja brand. Worth mentioning here are the attempts to enter the international cruise trades during the 1980s and 1990s, which had disastroys results also for Silja Line. The book also includes a chapter detailing the history of Tallink prior to their 2006 acquisition of Silja Line.

156 pages. Full text in English, with a short precis in Finnish. Available from Ferry Publications' website and well-stocked bookstores.

The 14th publication of the (now-)annual look at car-passenger ferries in international services in Northern Europe, plus intra-British Isles ferries and cargo ferries to and from the British Isles, also features four articles: Matthew Punter looks into the histories of Polferries and Unity Line, Kai Ortel writes about the state of DFDS in 2018, while my own contribution was a look at the today and tomorrow of Viking Line, in honour of their 60th anniversary.

Ferries 2018 – British Isles and Northern Europe (2017)
The 2018 edition of the useful database of Northern European and British Isles ferries came with three articles: Matthew Punter wrote about the status of the Helsinki-Tallinn route, Kai Ortel about a trip to Iceland on Smyril Line's Norröna, while I provided a brief look at the history of Silja Line, in honour of their 60th anniversary. 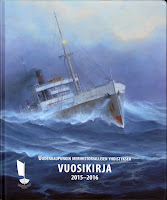 The 2015-2016 yearbook of the Uusikaupunki Maritime Historical Society consists of nine articles on a variety of sea-related subjects. My contribution is a 16-page article on the story of the Lindblad Explorer, the first purpose-built expedition cruise ship, which was built at Uusikaupunki in 1969.

288 pages. Text in Finnish only. For purchase, inquire via the Uudenkaupunkin merihistoriallinen yhdistys website.

Perspectives on the History of Cruise Travel (2015)

The 2015 yearbook of the Forum Marinum Maritime Museum takes a look at the history cruise travel in the Finnish context. My contribution is a ten-page article on the (failed) attempts by the Finnish shipping companies Finnlines, Effoa and Silja Line to enter the international cruise trades between 1965 and 1980. 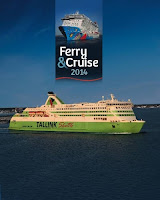 Ferry & Cruise was an annual Ferry Publications release specialising in passenger shipping. The 2014 edition included my 11-page article on the history of Tallink. This article has became largely superfluous thanks to the publication of Tallink – The First 25 Years, but due to the many other interesting articles contained within I do highly recommend the book.

In addition to the books mentioned above, I am a regular contributor to various online and in-print publications both in English and in Finnish. Magazines and websites I have contibuted articles to include: