The Sally Saga: The Rise and Fall of a Shipping Venture

While this blog has been inactive, I have not. So it's time to introduce a new book. 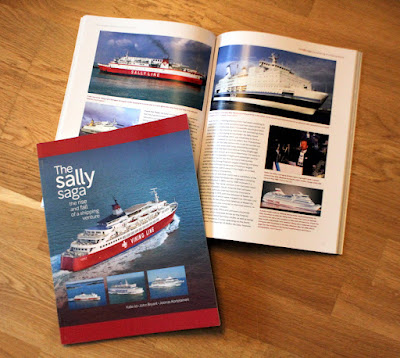 For a time, the Finnish shipping company Rederi Ab Sally were the dominant partner in Viking Line, and for a while they owned numerous other shipping companies in Finland and abroad, including Vaasanlaivat–Vasabåtarna, Sally Line UK and Commodore Cruise Line. And then the whole company seemingly imploded in the mid-80s, being sold to the owners of the main Baltic Sea competition Silja Line. Why?

While Ferry Publications had published two short histories of Sally Line UK back in 1994 and 2001, and a book on the history of Rederi Ab Sally was published in Swedish in 2016, there has never been a book that would gather together the stories of Rederi Ab Sally and the subsequent fates of their subsidiaries under new ownership... until now, that is. 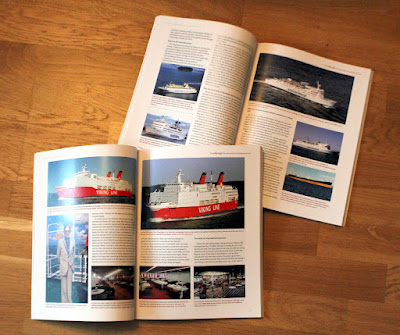 Together with John Bryant and Joonas Kortelainen, we have crafted a volume that explores the full story of Sally, from humble beginnings in investment in second-hand cargo tonnage by the company's progenitor Algot Johansson in the 1930s, to becoming one of Finland's largest shipping companies by a successful expansion into the tanker and ferry trades in the 1950s-70s period, the ill-adviced international expansion and subsequent bust of the 1980s, and ending with the subsequent fates of the Sally-established Sally Line UK and Sally Line Finland under new ownership, plus a shorter look at the later fates of other once-Sally subsidiaries, and fleet lists of Sally Line UK and Sally Line Finland. The text is completemented by numerous photos and other illustrations, including many quality shots that have never before been published. 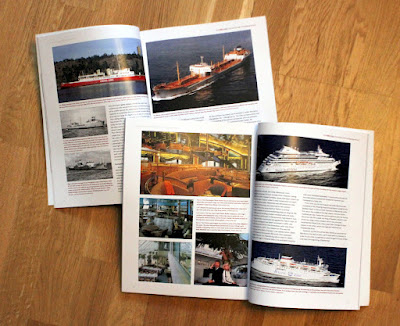 One reader, who I know is very well-versed in the history of Northern European passenger shipping, was kind enough to reach out to me and comment "I though I knew a lot about Sally. After reading the books, I realised I did not know anything at all."

As per the usual, the book is available from well-stocked bookstores, the publisher's website, or you can contact me directly via email at kalle.id[ät]gmail.com and I will be happy to fix you a copy.

Email ThisBlogThis!Share to TwitterShare to FacebookShare to Pinterest
Labels: Books by Kalle Id